Martin Luther King, Jr. in a 1961 speech, quoted a 1947 report from the Committee on Civil Rights, which was established by President Harry Truman:

“The United States is not so strong, the final triumph of the democratic ideal not so inevitable that we can ignore what the world thinks of us or our record.”

“In the end, we will remember not the words of our enemies, but the silence of our friends.”

“Our lives begin to end the day we become silent about things that matter.”

Here is a graphic novel and comic book by U.S. Congressman John Lewis who has been  on the forefront of the Civil Rights Movement for more than fifty years.  Support the courageous representative by reading his book. 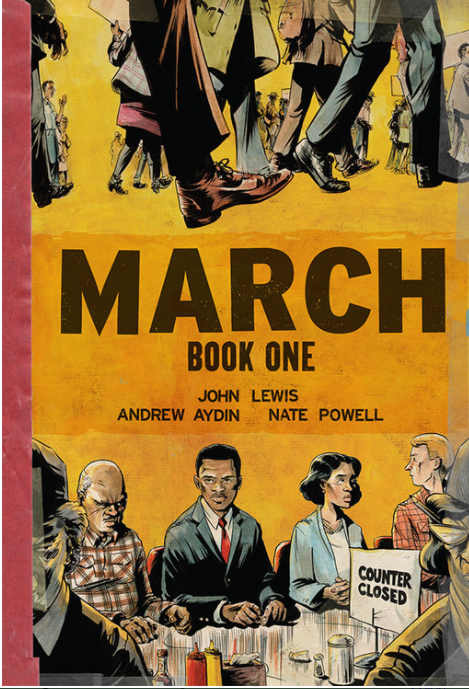 You can preview and buy March by clicking here.