Rebellious Lawyering and Michelle Alexander’s The New Jim Crow: Mass Incarceration in the Age of Colorblindness (2012) 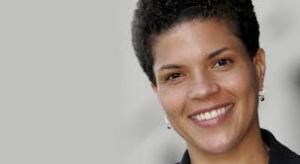 Michelle Alexander’s The New Jim Crow: Mass Incarceration in the Age of Colorblindness (2012) is among the top non-fiction picks by participants in the Rebellious Lawyering Conference on “Race.”

“The notion that a vast gulf exists between ‘criminals’ and those of us who have never served time in prison is a fiction created by the racial ideology that birthed mass incarceration, namely that there is something fundamentally wrong and morally inferior about ‘them.’”

“The reality, though, is that all of us have done wrong. As noted earlier, studies suggest that most Americans violate drug laws in their lifetime. Indeed, most of us break the law not once but repeatedly throughout our lives. Yet only some of us will be arrested, charged, convicted of a crime, branded a criminal or a felon, and ushered into a permanent undercaste.”

“Screwing up-failing to live by one’s highest ideals and values-is part of what makes us human.”

“If we want to do more than just end mass incarceration—if we want to put an end to the history of racial caste in America—we must lay down our racial bribes, join hands with people of all colors who are not content to wait for change to trickle down, and say to those who would stand in our way: Accept all of us or none.”

“Sociologists have frequently observed that governments use punishment primarily as a tool of social control, and thus the extent or severity of punishment is often unrelated to actual crime patterns.”

Cited from The New Jim Crow: Mass Incarceration in the Age of Colorblindness (2012).