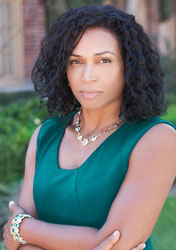 “Gerald López, creator of the rebellious-lawyering model of ethics, argues that discretionary power gives a lawyer her sense of identity. He unabashedly rejects the idea that lawyers should ‘disavow their legitimate claim on giving life to their convictions through their work, or deny the inevitability of expressing their values through choices and judgments they make in choosing and working with clients.’ He notes that progressives who want lawyers to give up discretion are seen by their worst critics as wanting to ‘level and neuter lawyers, leaving them without convictions and commitments.’ Instead of trying to dismantle the construct, López argues that the lawyer can exercise discretion to determine a client’s ends and goals by having a sense of what the community’s interests are.”

“At present, the rebellious-lawyering model is the most popular oppositional ethics approach. López created the model in part because he recognized that progressive lawyers were struggling against the regnant or traditional model of lawyering.”

“The regnant model he describes encodes ideology-of-domination constructs. The rebellious-lawyering model posits that lawyer-client relationships should be collaborative and nonhierarchical and that the lawyer shares the political commitments of the community she serves. The rebellious lawyer uses a brand of political morality, derived from discussions with community members.”

Cited from Camille A. Gear, THE IDEOLOGY OF DOMINATION: BARRIERS TO CLIENT AUTONOMY IN LEGAL ETHICS SCHOLARSHIP, 107 Yale L.J. 2473 (1998).

Professor Camille Gear Rich joined the USC Gould School of Law faculty in the fall of 2007 following five years of private practice. Her research and teaching interests include constitutional law, feminist legal theory, legal ethics, employment discrimination, and children and the law.  In spring of 2015, she will be a visiting professor at Stanford Law School.

Professor Rich graduated with honors from Brown University in 1993.  She graduated from Yale Law School in 1998 and was a senior editor on the Yale Law Journal and theYale Journal of Law and Feminism. She was awarded a postgraduate research fellowship at Yale Law School, during which she began her research on ways that antidiscrimination laws can better accommodate the shifting contingent nature of racial and ethnic identity.