“IRIS is a non-sectarian, independent nonprofit refugee resettlement agency that has welcomed more than 5,000 refugees to Connecticut since its founding in 1982.”

“Founded in 1982, IRIS has undergone dramatic growth and transformation over the past 34 years, but its goal has remained constant: to provide a new haven to refugees and other immigrants from around the world. Throughout its history, IRIS has helped refugees from all over the world, but the numbers and nationalities of clients have fluctuated. Vietnamese and other Southeast Asians arrived in the 1980s and early 90s, former Yugoslavians (Bosnians, Croatians, and Serbians) in the 1990s, Cuban rafters in 1995, Kurds in 1996, Kosovar Albanians in 1998, Sudanese (Lost Boys) in 2001, Liberians in 2004, Afghans and Iraqis began to arrive in 2007 and in 2015, IRIS began to receive Syrian families, seeking refuge from one of the biggest humanitarian crises in history.” 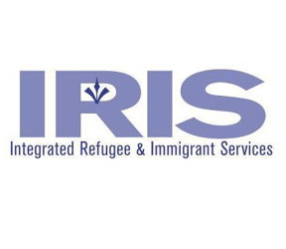